Cross Properties has zeroed in on a corner of Lower Merion referred to as Bala Village and has plans to spend roughly $100 million to develop upwards of 300 multifamily units.

In separate transactions, the developer acquired three properties where it anticipates rolling out its plans in phases and is poised to start reshaping a part of Bala Cynwyd that has been on the township’s radar for years. 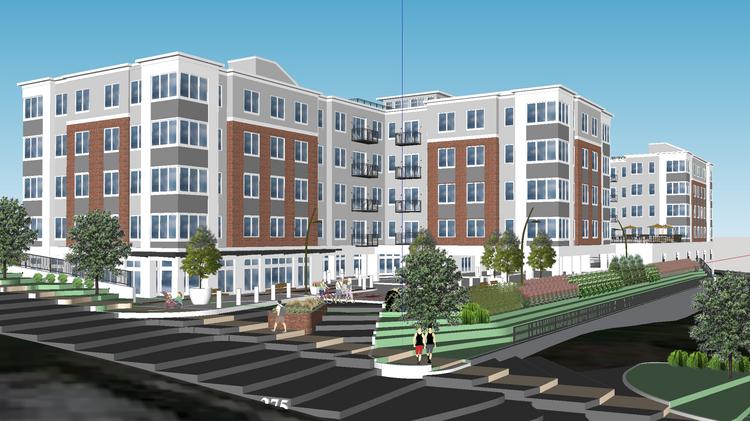 A rendering of the exterior of 10 Union, a proposed project in Bala Cynwyd, Pa. BARTON PARTNERS

In 2000, the township had a master plan completed on the quaint corridor – Bala Avenue between City and Montgomery avenues – that sought to address some of the issues challenging it. It needed better lighting, connectivity and landscaping as well as ways to make it more pedestrian friendly, according to the plan. It also needed to seek out ways to get some dormant sites, such as a former BMW dealership, redeveloped or reused. The Bala Theater, an anchor, closed up in 2014 and siphoned off some of the activity the street had seen over the years.

In 2014, a separate zoning overlay was done for Bala Avenue that was not part of the one adopted for City Avenue since it has more of a neighborhood feel to it, said Terrence Foley, president City Avenue District.

City Avenue District spent $1.2 million trying to tackle some of the issues plaguing it. It invested in new lighting and improved pedestrian crosswalks in hopes to make it more attractive and spur some interest from developers but not much has happened until now, Foley said. “We’re excited about what Cross is proposing,” he said. “Bala needs a shot in the arm.”

At this point, it owns: 10 Union Ave., where it expects to begin work next month on a new apartment building that will have 110 units; 9-11 Union Ave., which consists of five properties that will be razed to make way for a complex that will have 80 units; and 202 Bala Ave., which is the site of the former BMW dealership. There, Cross is considering building as many as 110 units. Each project would have a retail component that would cater to residents of the apartments, other nearby neighbors and more.

Kevin Michals, managing partners at Cross, said the company was attracted to that corner of Bala Cynwyd because of its setting. While charming like Wayne, that town center “still has Lancaster ripping through it,” he said. “Bala, while surrounded by Montgomery Avenue on one side and City Avenue on the other, it’s enough off the beaten path. My dream is to draw from the Bala office market and have them come over for lunch and make it a destination. What we have is charm, density and a train station next door.”